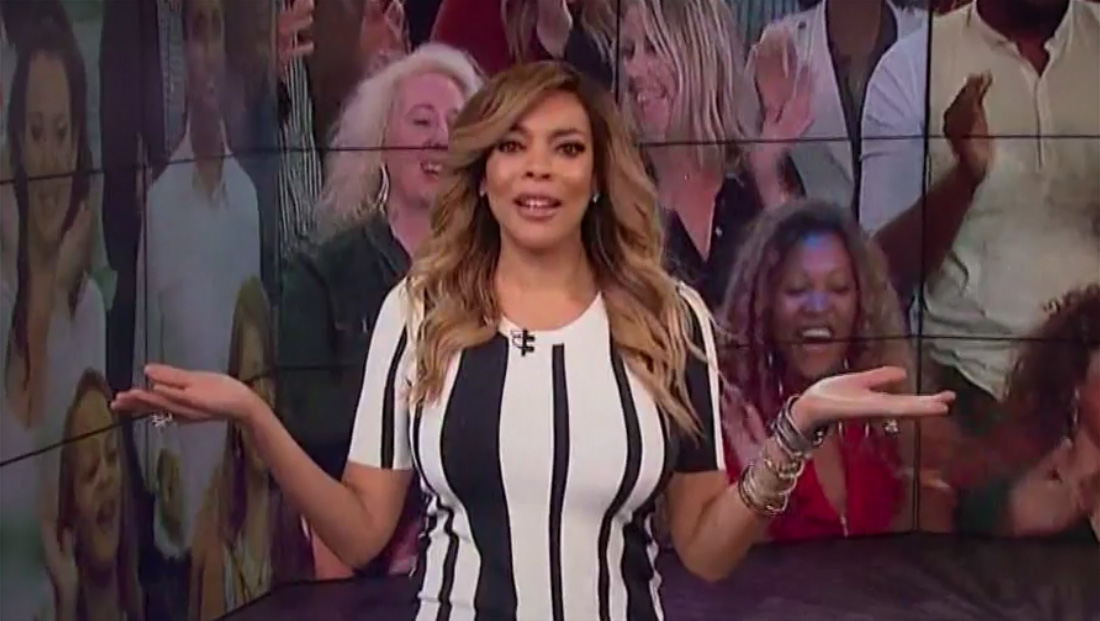 Talk show host Wendy Williams told “Good Morning America” that she needs three months to “be ready to come back” to TV, though where such a comeback could be staged isn’t clear.

The interview, which aired March 17, 2022, notably did not feature Williams on camera; she spoke with correspondent T.J. Holmes via Zoom but with only the audio active.

She denied any suggestion that she’s not currently of “sound mind” and said she’s “comfortable” returning to TV and expects to be ready to do so in three months.

Three months from March 17 would be sometime in mid-June 2022, when her syndicated daytime talk show “The Wendy Williams Show” is normally still airing new episodes (her show has traditionally had a shorter summer hiatus than most talkers) so she could, at least in theory, return for a month or so, perhaps to close out the show’s current run.

“This is what I would love to say to my ‘Wendy’ watchers: Keep watching, because I’m going to be back on the ‘Wendy’ show bigger and brighter than ever,” she told Holmes.

That statement is fairly open-ended and doesn’t guarantee she’d be back on the current iteration of her show.

Debmar-Mercury, which produces the show, has already struck a deal for “Wendy” to be replaced with “Sherri” featuring fan-favorite fill-in guest host Sherri Shepard in the fall of 2022 on most stations currently carrying “Wendy,” including Fox-owned stations in major markets.

“Wendy Williams” was canceled earlier in 2022 but is expected to finish out its current season with new episodes featuring guest hosts. A return by Williams hasn’t officially been ruled out.

sWilliams has been out on extended leave due to health issues. She was last seen on her show in the summer of 2021. The Season 14 premiere was pushed in hopes that her health would improve and she could return as host, but the show eventually launched its season with guest hosts and panels.

In announcing the shift to “Sherri,” Debmar-Mercury said it would be open to working with Williams again in the future once her health improves.

However, it’s unlikely that she could return in the fall of 2022 because Debmar-Mercury has already announced “Sherri” and has Shepard under contract. Stations across the country are also on board to carry “Sherri.”

Most TV stations are starting to firm up schedules for the fall so even if Williams was able to make a full recovery, get her show back into production and be guaranteed to be available for a new season, it’s not clear if there would be room for her on many stations.

Many of the staffers on “Wendy” are moving over to work on “Sherri,” which makes sense given that the show is picked up in most of the country already and it’s unclear when, if ever, Williams might be back with her how talk show.

Meanwhile, a source from Williams’ camp told People that she could be in front of a live TV audience as early as 2023, though it’s not clear where.

While Debmar-Mercury has been diplomatic about working with Williams again in the future, she may still have to convince the company (or any future production company she signs with) that her health is stable enough for her to avoid extended absences. Having a host whose attendance could be up in the air likely isn’t a smart business decision, especially if you’re trying to relaunch a show.

Williams has been public about her battles with Graves’ Disease, thyroid issues, addiction, substance abuse and mental health. She’s also coming off a series of rough years that included a messy divorce and the death of her mother.

The other factor to consider is that “Wendy” ratings have remained fairly steady even without Williams in her purple chair. To be sure, some guest hosts are less popular than others and ratings have fluctuated, but at least some of the ratings trends show that viewers are still willing to tune in even without show’s namesake in front of the lens.

It’s also possible “The Wendy Williams Show” could resurface in another format, such as a radio show, podcast or digital video format.

In some ways, a podcast or digital format could serve Williams better because it could allow for more flexibility with scheduling and allow her to discuss broader topics than daytime TV typically allows.

More media personalities who leave big time deals are striking out on their own because it’s become relatively easy and cost effective to set up audio or video production facilities and product content without the overhead of a distributor or full fledged production company. A more self produced and distributed show could also potentially be more lucrative for Williams because she’d be eliminating the number of companies involved in the production and therefore taking home a bigger cut.

Her reps have made no comment about any future projects, however.