Why did Fox send a NYC host to D.C. for a ‘virtual’ town hall? 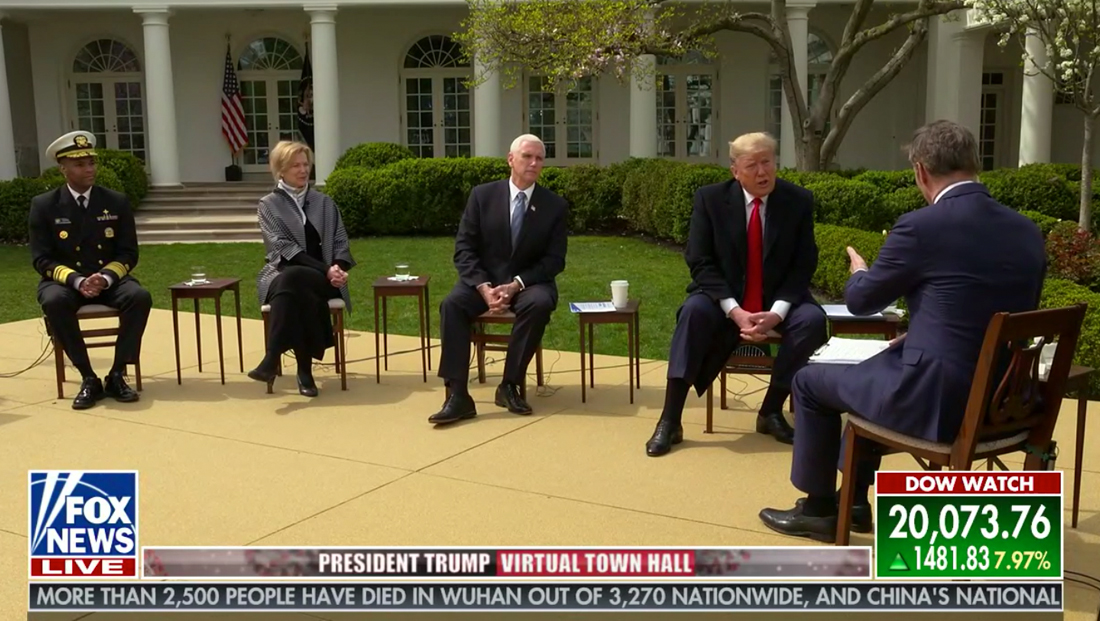 Despite billing it as a “virtual town hall” with select members of the White House coronavirus task force, Fox’s special March 24, 2020, made the very “non virtual” choice of putting a NYC based host in front of members of the team assigned to handle the outbreak.

While several guests joined the discussion remotely, including co-host Harris Faulkner, Fox still had Bill Hemmer travel the over 200 miles to the White House in Washington, D.C. from where he is based in New York City.

Hemmer hosted his show from the network’s New York studios March 23, 2020, the day before the town hall.

For the town hall, Fox set up outside the White House and seemed to respect the “six feet” rule of social distancing between Hemmer, Donald Trump and Mike Pence and two other members of the task force who joined in person.

It’s also likely the network and White House took measures to sanitize the area and minimize contact between Hemmer and the team off camera.

Notably missing was Anthony Fauci, who often appears to defy Trump’s statements about the outbreak, though it’s not immediately clear why he did not appear on the special.

It’s worth noting that some camera angles do make it appear to make Hemmer and Trump appear closer together than they were when compared to other shots of the setup.

Hemmer made trip to Washington despite the fact New York state (and the city) is under a “stay in place” order.

In fairness, these orders generally don’t ban travel out of affected areas for “essential” reasons and media businesses are are typically categorized as “essential” and have been allowed to remain open and have staffers come into work, though many networks are adapting to remote work setups.

Fox has had at least four employees at its NYC headquarters test positive for coronavirus and has those who had direct contact with them self isolating.

Hemmer is not among those.

That said, New York City is quickly becoming the “epicenter” of coronavirus cases — with nearly half of the current U.S. cases there.

In fact, the day after Fox’s town hall, government officials took the step of advising anyone who has been in New York City since the outbreak began to self quarantine, though that’s not an official direct order.

Perhaps more concerning is the taped interview Hemmer conducted while at the White House — when he and Trump were shown on a portico standing very close to each other. 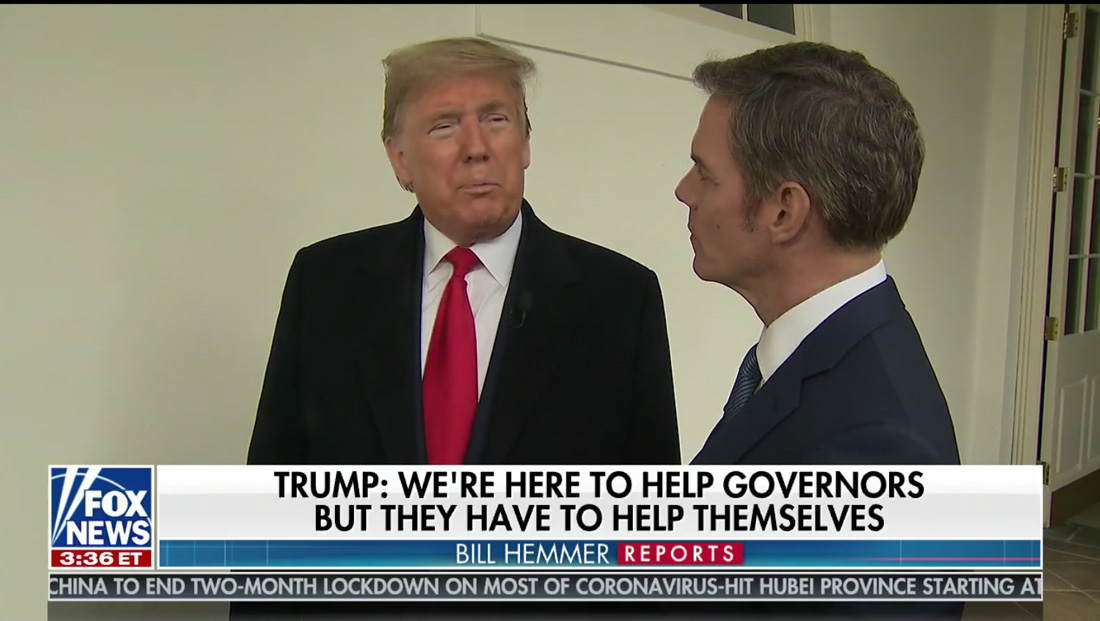