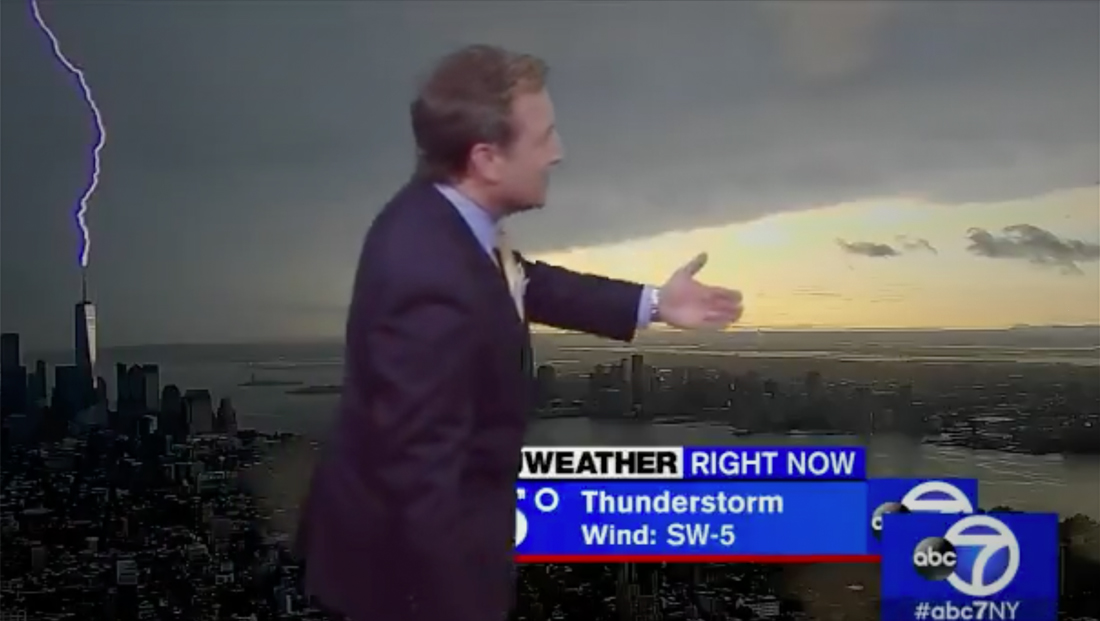 WABC meteorologist Lee Goldberg had just started an on air forecast June 4, 2021, when a lightning bolt hit the top of One World Trade Center.

Goldberg just happened to be using a live camera feed of the NYC skyline that included One WTC on the far left, giving viewers a fairly clear view of the bolt hitting the spire on top of the structure.