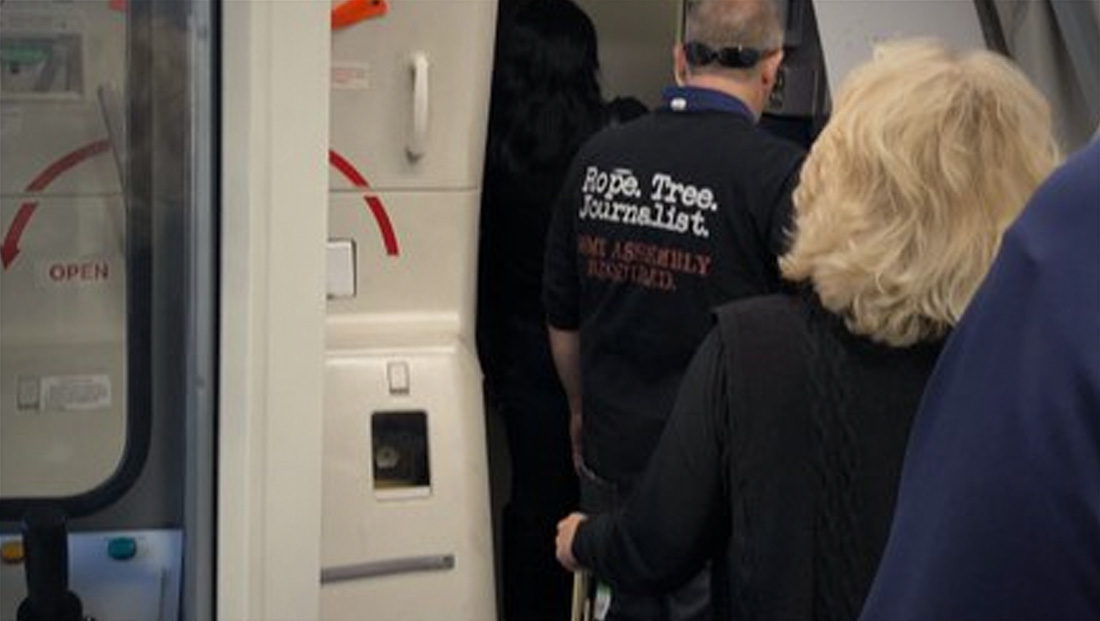 United Airlines reportedly allowed a man wearing a T-shirt suggesting that journalists should be lynched fly aboard one of its planes.

My brother is on a @united flight from LA to Boston and saw this guy boarding with a shirt that reads “Rope. Tree. Journalist. Some assembly required.” #thread pic.twitter.com/MWy5HnDxzI