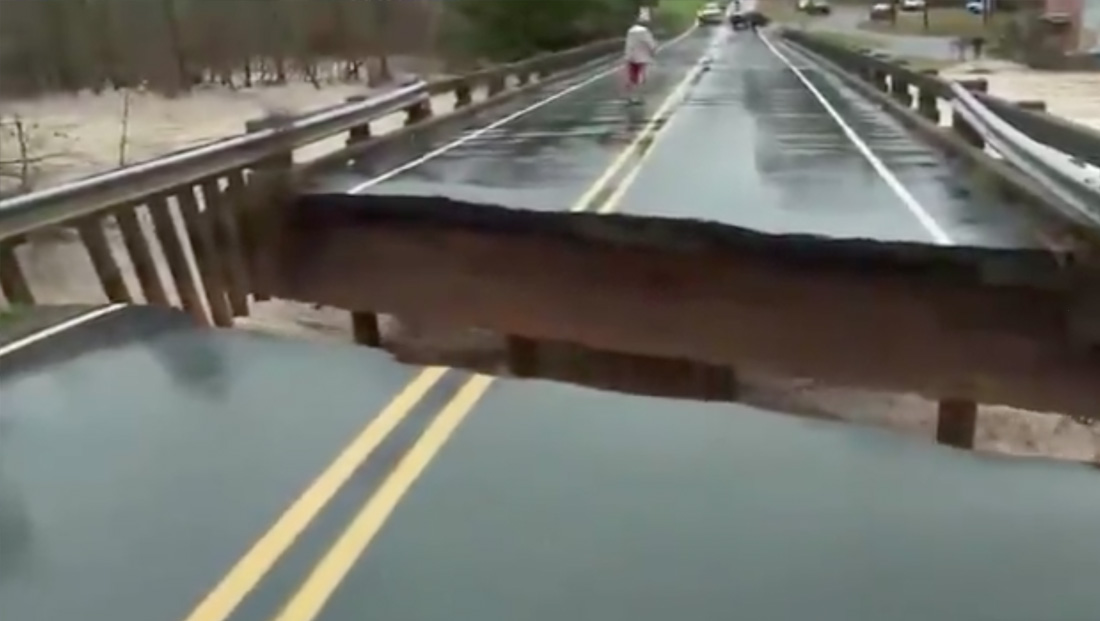 A reporter from Charlotte, N.C.’s WJZY was live on the air covering flooding when the bridge they were standing on collapsed during a live shot.

Amber Roberts and a small crew from the station were reporting from Hiddenite Bridge when a rather large portion collapsed.

Thankfully, the section was not where the crew was stationed — but it wasn’t that far away, as Roberts can be heard saying she and the crew was moving back.

As the camera backed up, the gap was visible, with the metal underside of the bridge structure and rushing water beneath visible.

“This is incredibly scary,” she said. while still on air.