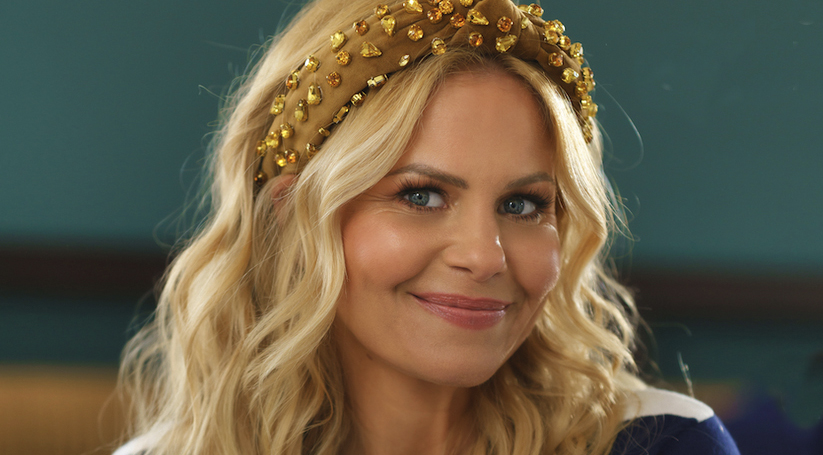 Candace Cameron Bure is, much like many of the spunky characters in Hallmark films, packing her bags and heading off to a new adventure — with a new network.

Bure is exiting her deal with The Hallmark Channel after 14 years and will join GAC.

Bure, who is known for her role as D.J. on “Full House” and its revival “Fuller House,” has also made a prolific career out of starring in dozens of Hallmark movies, which have become known for their tried and true (if not repetitive) storylines.

The films are widely considered wholesome family entertainment and often coincide with holidays and seasonal events, with a substantial amount of the titles released during the Christmas season.

She’s signed a deal with GAC Media, which owns the channels GAC Family and GAC Living to develop and star in original shows and TV movies.

This deal is reportedly not exclusive, but other reports say there are no active plans for her to appear in more Hallmark films and her “Aurora Teagarden Mysteries” series there is believed to have been essentially canceled.

GAC was previously known as Great American Country (the initialism now stands for Great American Channels) and focused on country music-themed programming. It was reshaped, however, to focus on similar programming as The Hallmark Channel after Bill Abbott, who previously ran Hallmark parent Crown Media, took over in 2021.

Great American Country was previously owned by Scripps Networks Interactive, which, in turn, sold it to Discovery. When Discovery announced plans to merge with WarnerMedia, it divested from GAC and sold it to a private equity group that reportedly has ties to Donald Trump that formed GAC Media.

Bure, who is known for being a devout Christian, may have been enticed to leave Hallmark by GAC’s public proclamation of airing “safe storytelling.” That, combined with the “Great American,” sounds like it could be a not-so-subtle way of conveying that the network is perhaps more right-leaning with “traditional family” values.

In fact, Abbott was head of Hallmark when the network faced criticism from the right for airing same-sex wedding-themed ads. The network yanked the ads and issued an apology (which sparked more controversy from LGBTQ+ supporters) — and a month later Abbott was gone.

Hallmark has also made moves into featuring more diverse characters, including same-sex couples, in its programming, which often center around romance.

Bure isn’t the first Hallmark star to depart for GAC — Danica McKellar exited recently as well, while others have said they remain committed to Hallmark and its efforts at creating more diverse content.