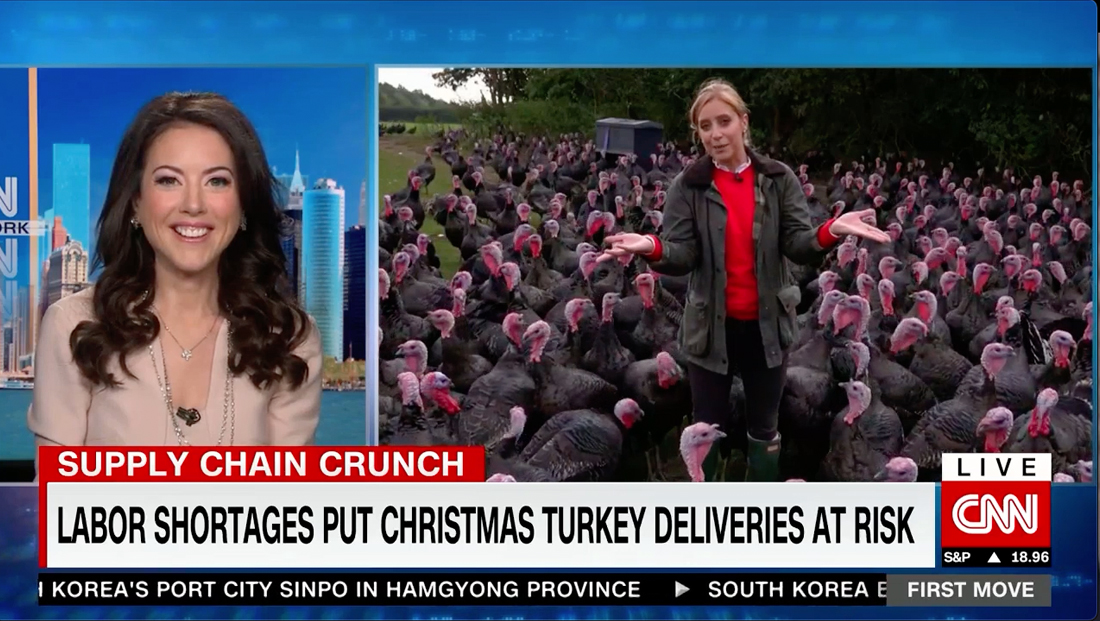 A CNN reporter’s live shot from a British turkey farm is going viral.

Anna Stewart, who reports from CNN in Europe, was on location at the Kelly Bronze turkey farm in Danbury, Essex, for multiple hits across CNN International and entertained the anchors back in the studio — and audiences — by standing amid a flock of turkeys that would gobble on command.

Various CNNers posted clips of Stewart’s reporting, both live and taped, showing the uncanny reaction of the turkeys to her clapping her hands — as well as how curious the birds were about what was in her pockets (which she said were empty).

Of course, there was also a blooper reel added later from standups she taped for use in later taped versions of her report.

Turns out what turkeys REALLY like is a good laugh, at my expense. Sound up…

Pecks, pricing & perfect applause! 👏🦃@annastewartcnn discovers the challenges of reporting live from a turkey farm in Essex & what might compromise Christmas! pic.twitter.com/fjCGuDHghz