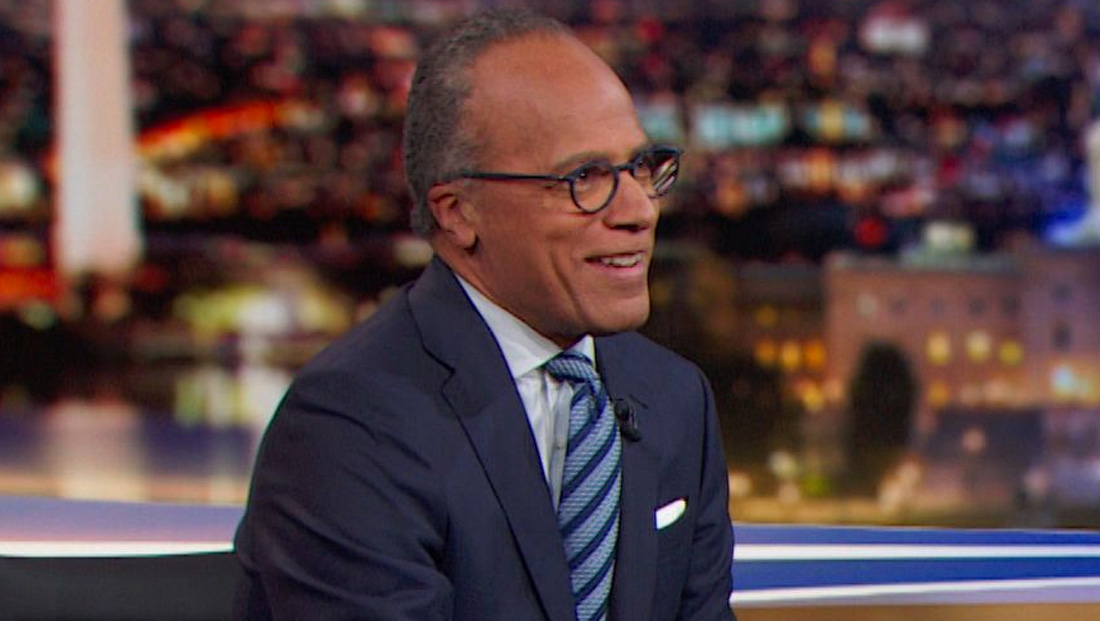 Lester Holt marked “Take Your Child to Work Day” by tweeting a photo of him and son Stefan Holt.