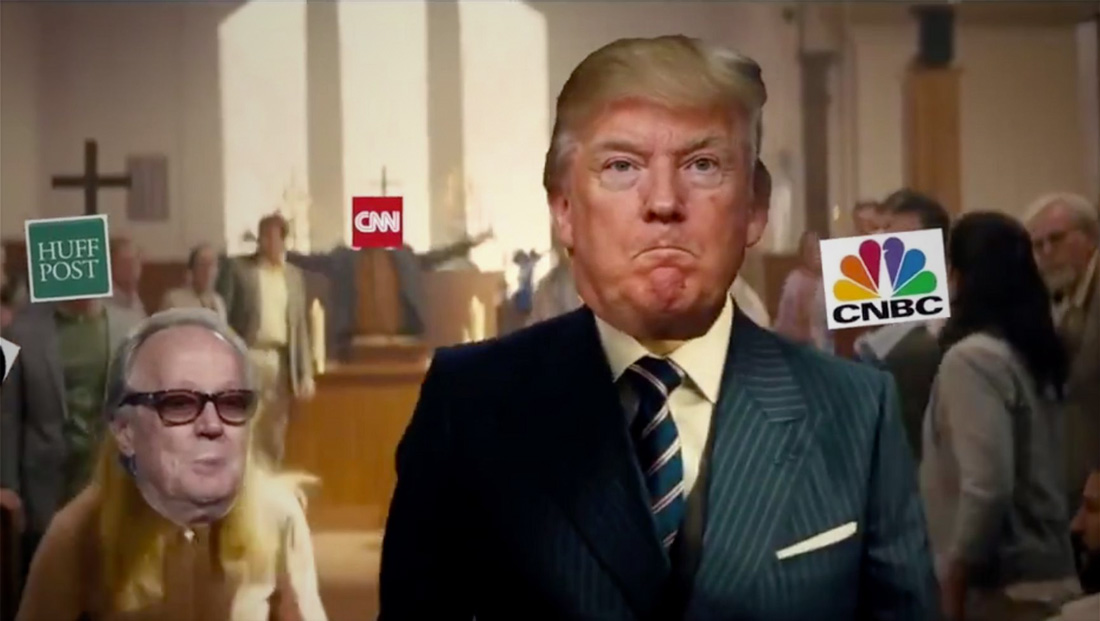 A doctored video showing a fake Donald Trump entering a church and then shooting or physically attacking figures representing media organizations media and political rivals was shown at a pro-Trump conference, reports The New York Times.

In the video “Mr. Trump stops in the middle of the church, pulls a gun out of his suit jacket pocket and begins a graphic rampage. As the parishioners try to flee, the president fires at them. He shoots Black Lives Matter in the head…” ⁦@nytmike⁩ https://t.co/r6g789xkuR