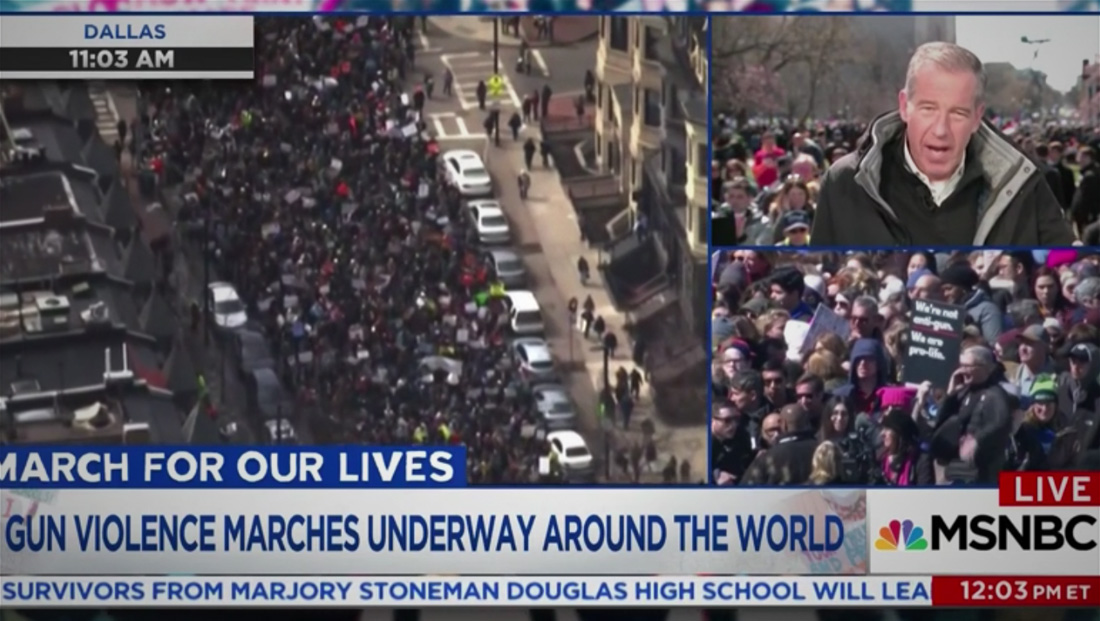 MSNBC was number one in total viewers and a key demo during Saturday’s coverage of the historic “March for Our Lives” rallies, according to preliminary data from Nielsen released by MSNBC: