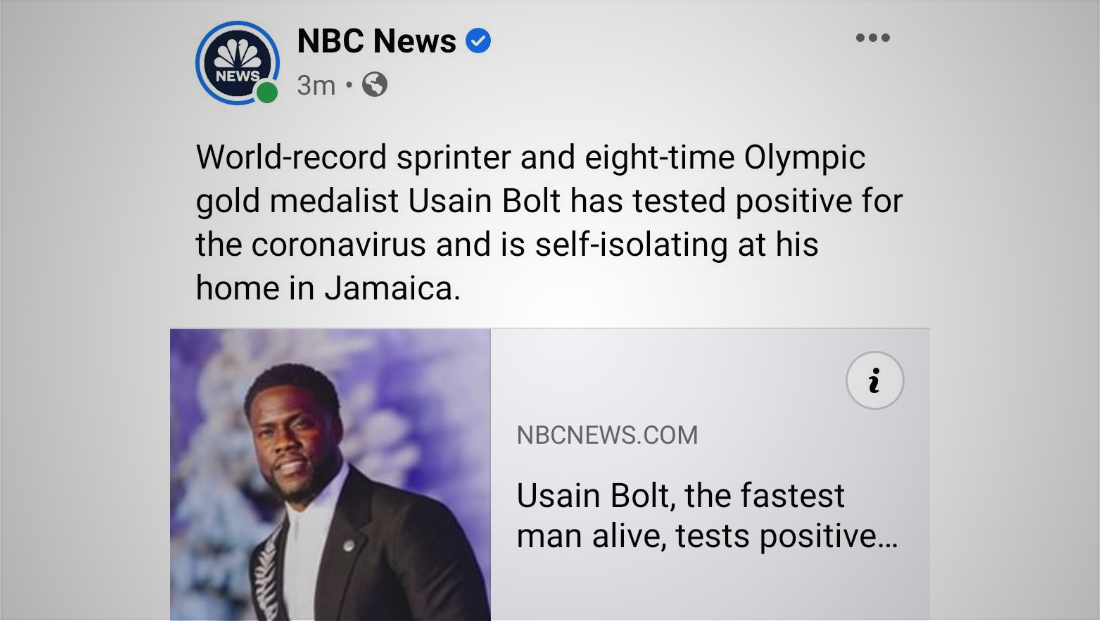 NBC News posted news that Olympic racer Usain Bolt has tested positive for coronavirus — but included a photo of comedian Kevin Hart as part of the link’s metadata.

The story first was posted around 11:23 a.m. eastern on the network’s Facebook page — and thousands of visitors were quick to point out the error, including using a variety of Kevin Hart memes and GIFs.

The post was edited about 20 minutes later to remove and then re-add the “link preview” that can accompany a link posted to Facebook and add an editor’s note.

“Due to technical error, the social image on this post originally featured comedian Kevin Hart. The display image has since been corrected,” the note reads.

According to the edit history, the image was replaced with a generic NBC News logo.

It’s not immediately clear if the image was included on the article the post linked to, but it does appear it was references in the “Open Graph” tags that Facebook and other sites “scrape” to determine the headline, preview text, image and other metadata that accompanies links.

News websites sometimes opt to use different text or images on social media than what is displayed on the actual article.