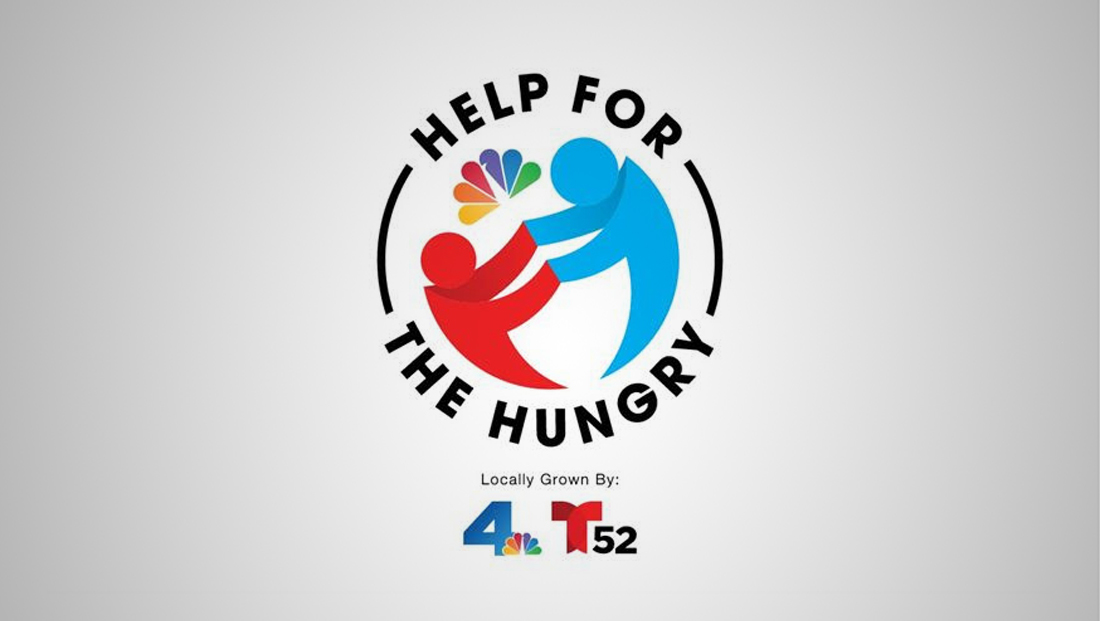 KNBC and KVEA’s “Help For the Hungry” donation drive returns for a fourth consecutive year to support local food banks and help provide millions of meals to families in need this holiday season. Demand for aid has skyrocketed as well as a surge in food prices during the pandemic leaving people across Southern California struggling with economic hardships, job loss and homelessness.

From Nov. 22, 2021, through Dec. 31, 2021, the public can donate any amount by texting H4H to 41444 or visiting nbcla.com/helpthehungry. A QR code will also appear on screen during newscasts to give viewers another option to donate.

Since 2018, the award-winning campaign created by NBC4 has raised more than $1.5 million in cash donations and provided six million meals across Southern California. This year, Telemundo 52 joins the effort to elevate the awareness to a bilingual, bi-cultural audience.

“We’re pleased to bring back our stations’ Help For The Hungry donation drive at a critical time to meet the needs of our diverse communities,” said Steve Carlston, NBC4 president and general manager in a statement. “We’re grateful to our generous viewers who pay it forward year after year to help us provide millions of meals to tens of thousands of people across the Southland.”

“We are proud to join this year’s campaign in an effort that will help direct critical funds to support our local communities during these challenging times,” said Celia Chavez, president and general manager, Telemundo 52 Los Angeles.

NBC4 and Telemundo 52 have a legacy of supporting diverse communities throughout the Southland, including those affected by the coronavirus crisis. For the past two years, both stations awarded nearly $550,000 to a dozen local nonprofit organizations tackling social issues and urgent COVID-19 needs through their Project Innovation grants. In 2020, a partnership with Ralphs and Food 4 Less resulted in an additional $235,000 of emergency relief funds awarded to groups providing direct aid to the most vulnerable during the pandemic.

Throughout the campaign, both news stations will cover stories on food insecurity in Southern California and how donations can make an impact in people’s lives. NBC4’s “Streets of Shame” news franchise also digs deep into the homelessness crisis further exposing the great need among vulnerable communities in the region. Audiences can watch NBC4 reports on Today in LA from 4 a.m. to 7 a.m., and newscasts at 11:00 a.m., 4 p.m., 5 p.m., 6 p.m., 7 p.m., and 11 p.m. On Telemundo 52, tune-in to Noticiero Telemundo 52 morning newscasts at 5 a.m. and 6 a.m., Noticiero Telemundo 52 al Mediodía at 12 p.m., and evening newscasts at 5 p.m., 5:30 p.m. 6 p.m. and 11 p.m. Viewers can also catch stories on both stations’ digital, mobile and OTT platforms.