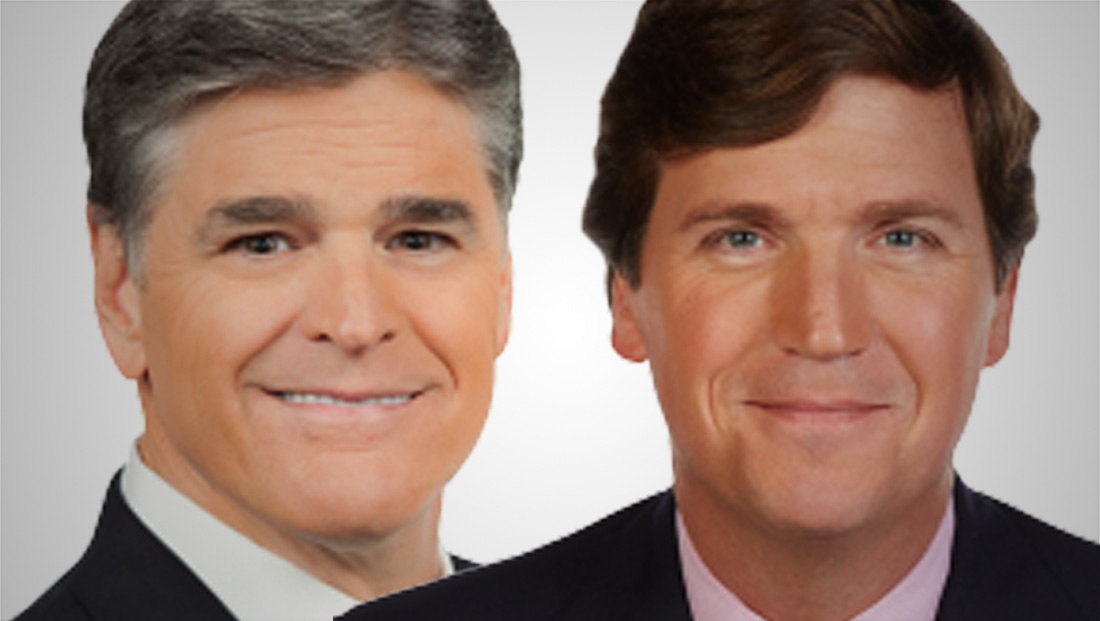 A new lawsuit is accusing two of the biggest stars — and others — of Fox’s conservative commentary channel of sexual harassment.

The biggest two names in the suit are Sean Hannity and Tucker Carlson, who host “Hannity” and “Tucker Carlson Tonight,” respectively.

The suit was filed in federal court Monday, July 20, 2020, by an attorney representing Jennifer Eckhart and Cathy Areu.

Eckhart is a producer and personality for Fox Business while Areu is an analyst who has appeared on Fox shows as well as on CNN and MSNBC.

The suit says that Eckhart was sexually assaulted and raped by “one of its most prominent on-air personalities” and also alleges that the network continue to promote host Ed Henry despite the network being “well aware” of Henry’s behavior.

The suit specifically accuses Henry of targeting Areu with “wildly inappropriate, disturbing and sadistic sexual images and videos” as well as allegedly creating a “quid pro quo” situation is she was interested in a permanent job at the network.

Areu also accuses Carlson of inappropriate behavior, including reportedly mentioning that he would be alone in a New York City hotel room without his wife or children the evening of the network’s holiday party.

After Areu declined the thinly veiled invitation, the lawsuit says she only appeared three more times on his show — which the filing claims is retaliation.

The lawsuit also outlined another alleged event when Areu was on set and Hannity vocally started asking what men in the studio would take Areu on a date.

That incident reportedly included Hannity throwing a $100 bill on his desk, a photo of which is included in the lawsuit.

“MediaBuzz” host Howard Kurtz and a contributor, Gianno Caldwell, are also named in the suit.

Fox released a statement denying there is any merit to the accusations and saying they had already investigated them.

It also noted that it has already fired Henry so the women should sue him directly, rather than the network.

“Based on the findings of a comprehensive independent investigation conducted by an outside law firm, including interviews with numerous eyewitnesses, we have determined that all of Cathy Areu’s claims against (the network), including its management as well as its hosts Tucker Carlson, Sean Hannity and Howard Kurtz and its contributor Gianno Caldwell, are false, patently frivolous and utterly devoid of any merit,” reads the statement.