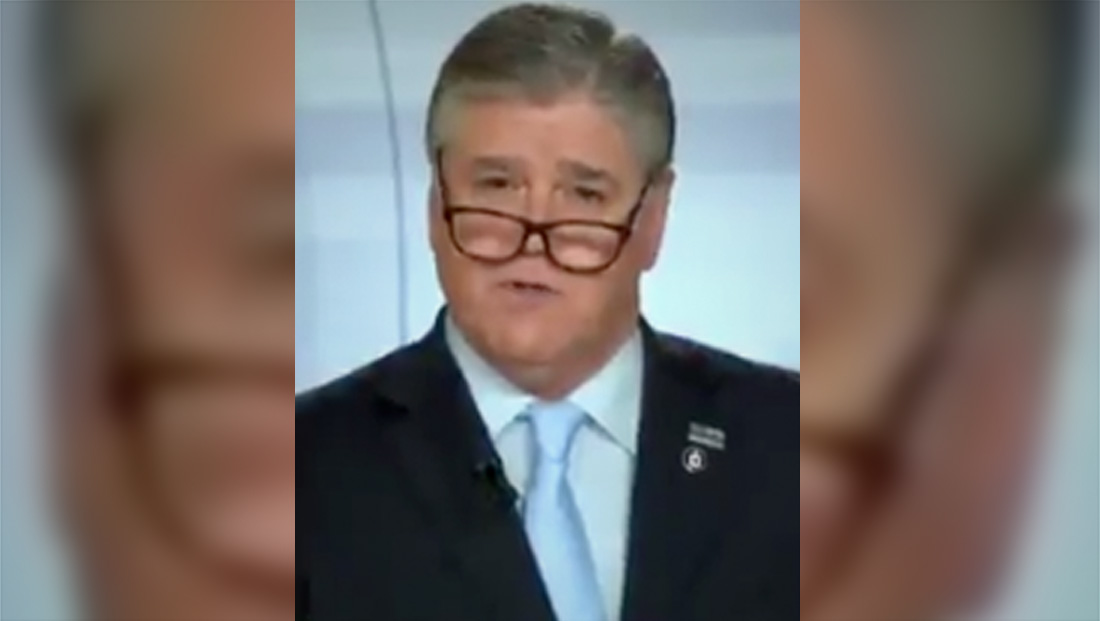 After news that the FDA may order Juul vaping products be taken off the market, Fox host Sean Hannity pledged to vape on-air if that happens.

“They ban it, and I’ll do it live on TV and they can come and arrest me. How’s that?” Hannity said after Trace Gallagher wrapped up a report on the possibility the e-cig brand could be yanked off shelves.

Hannity: They ban it and I'll do it live on TV and they can come and arrest me. How about that? pic.twitter.com/tej3jq4ZsZ

He also held up a white object that appeared to be a vaping device of some kind, though what brand was not clear.

E-cigarettes are designed so that the user inhales vapor, hence the “vape” name, as opposed to smoke, unlike traditional cigarettes.

There has been some research that e-cigarettes are less harmful to the body than traditional ones, but most reports also note there is little information about the possible long-term effects of the products.

News of the potential FDA action was first reported by The Wall Street Journal but clearly noted that only Juul products would be affected — not all brands, though Hannity seemed to imply it would be an overall ban.

It also appears that the order could potentially only affect the sale or distribution of new products and not the use of such products that consumers have already have.

Hannity’s pledge to vape on air isn’t actually original. He’s already been pictured vaping on-air — though not intentionally. He was caught using a vaping product in March 2021 when the show was returning from break, apparently not realizing he was on the air. It was not clear what brand the product he was using at the time was.

At the time, critics noted that Hannity, who has now all but confirmed he’s a fan of vaping, was using a bit of a double standard by introducing vapors into his lungs from a product where the long-term effects are relatively unknown.

That argument of unknown effects down the road has been a popular rallying cry among those opposed to the COVID-19 vaccine and its ingredients.