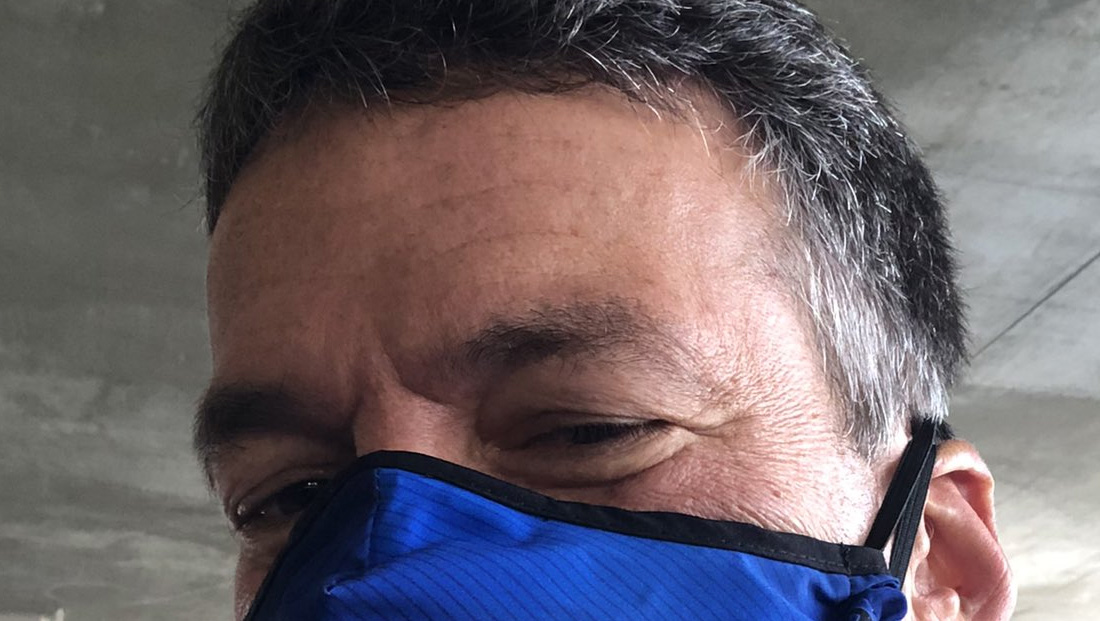 KTLA reporter Eric Spillman tweeted a photo of him sporting what he called the “official” station face mask.

It’s not clear if this was an order the station placed or if it’s something Spillman or another staffer ordered or made on their own. It’s also not clear if they are being worn on air.

The mask appears to be a washable, reusable style that isn’t necessarily medical grade but would be in line with what health experts are recommending members of the general public wear.