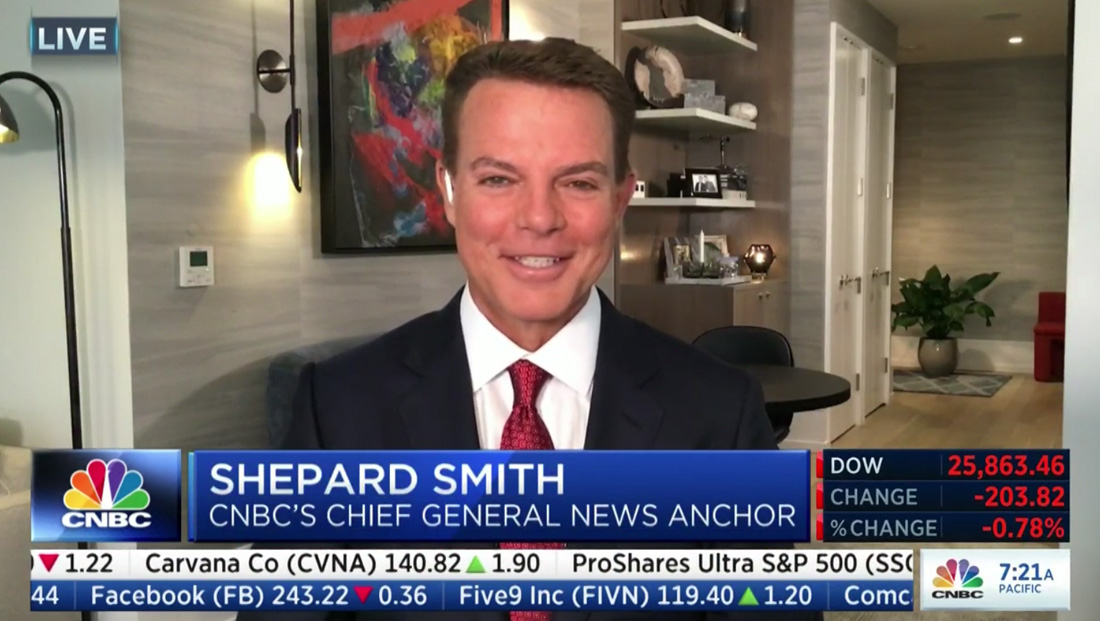 Former Fox anchor Shepard Smith made his debut on his new home July 9, 2020.

Although he officially doesn’t start at NBCUniversal’s CNBC until July 13, 2020, Smith appeared as a guest on “Squawk on the Street” to discuss the Supreme Court decision of Donald Trump’s tax returns as well as updating viewers what he’s been up to since his surprise departure from Fox in October 2019.

CNBC is planning to launch “The News with Shepard Smith” this fall.