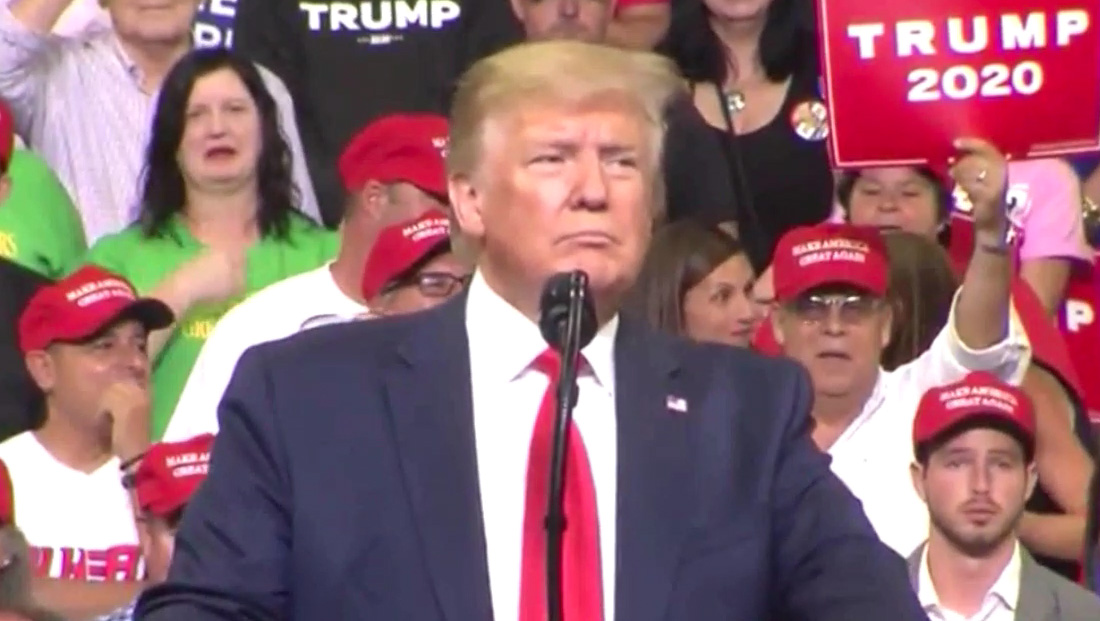 Just about four minutes into his speech at his 2020 campaign kickoff rally in Orlando, Donald Trump managed to bash CNN, the news media in general and the Academy Awards in just a few short sentences.