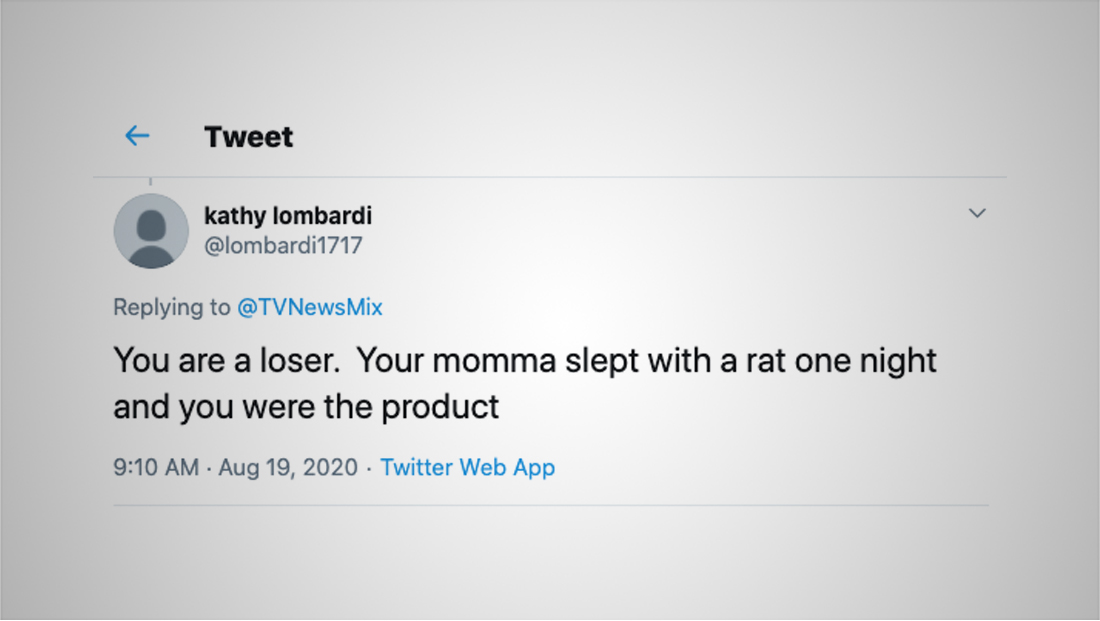 Shortly after TVNewsMix posted a story about CNN anchor Anderson Cooper joking about the screen looking like the “Brady Bunch” open, a Twitter account fired back with a nasty comment that may be offensive to some.

The account, which, as of this writing, is only following three accounts and has zero followers, uses the handle “@lombardi1717” and purports to be used by a person named “kathy lombardi” (sic).

The account has also not posted any original tweets as of publication — it appears to be used solely to retweet and reply to tweets, with the earliest listed being June 2, 2020.

In the tweet, the account appears to attack Cooper, calling him a “loser” and claiming this his “momma slept with a rat one night and you were the product.”

Calling Cooper’s father a “rat” and attacking his mother seems to be an ongoing trend by this account; it previously tweeted “No no. Anderson was a ridiculous condescending idiot. He should go back to his rat hole because his mother slept with a rat to produce that little rat,” in reference to Cooper’s interview with MyPillow founder Mike Lindell.

For what it’s worth, Cooper’s father was Wyatt Cooper, an actor and editor who died in 1978.

Wyatt was also the father of Anderson’s brother, Carter, who died by suicide in 1988.

Meanwhile, Anderson’s mother was Gloria Vanderbilt, the heiress to the Vanderbilt fortune and who wrote, acted and performed and also worked as a fashion designer perhaps best known for her line of blue jeans.