White House press secretary to Fox’s Peter Doocy: You don’t even play a doctor on TV 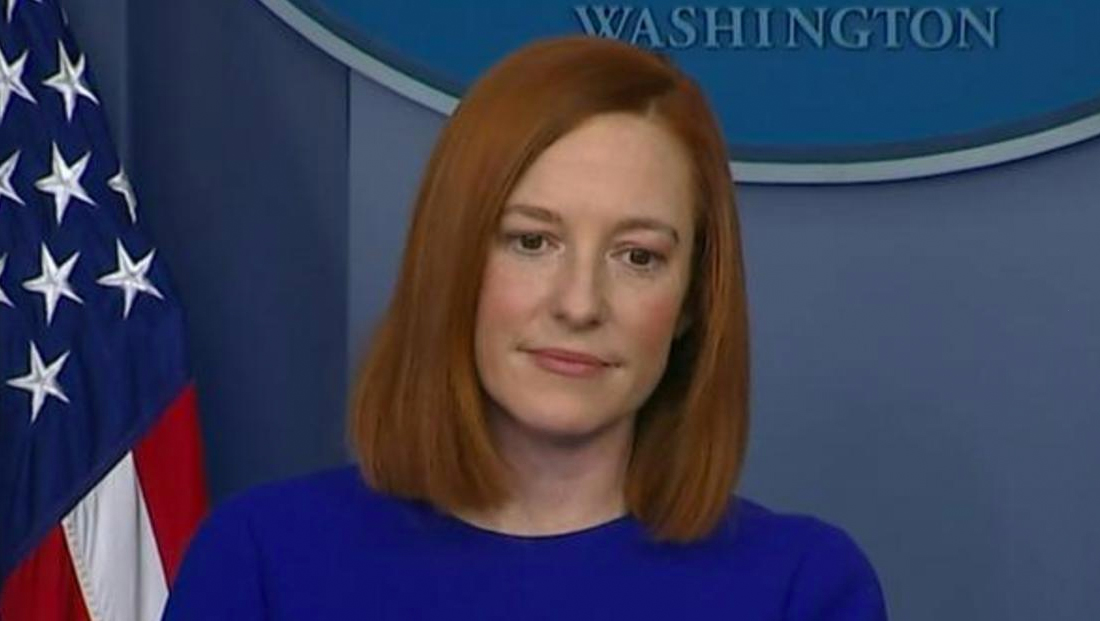 Jen Psaki is becoming adept at handling questions from conservative media “correspondents” during White House briefings — and in particular Fox’s Peter Doocy, the 34-year-old son of “Fox & Friends” star Steve Doocy who landed the plumb assigning at the White House.

On Monday, April 18, 2022, Doocy was ready with a question about why face coverings were still required on airplanes (this was before a Florida judge struck that rule down) when they are not required in the White House briefing room.

Psaki explained to him that the CDC has a wide range of recommendations on masking based on a wide variety of factors, including local transmission rates, crowd size and how big the space is.

For the second time in recent weeks, Jen Psaki explains CDC guidance to Peter Doocy like he's a child pic.twitter.com/W8okaDIqgJ

“Peter, I’m not a doctor, you’re not a doctor that I’m aware,” Psaki said. “OK, not a doctor,” she said as the press corp laughed, seeming confirming his agreement that he was, in fact, not a medical doctor. “Nor does he play one on TV most days,” she added.

She then laid out how the CDC’s red, yellow and green rating system works and that the District of Columbia is currently rated as green.

With airplanes, it becomes trickier to assign a rating since using the location, say, where the flight originated from, isn’t necessarily the best approach since it could be full of passengers from multiple states and countries.

The CDC appears to have realized that and had extended a federal mask mandate on planes and public transportation for two weeks in order to gather more data on the subject.

Most airlines or other transportation providers could also impose their own masking requirements, and some cities have continued to do that even as the Florida ruling went into affect, though most major airlines, who had been pressuring for the mandate to end, dropped the policy.

During the exchange, Doocy was not wearing a mask, as is allowed by White House policy, but at least one other reporter, NBC’s Kelly O’Donnell could be seen on camera behind him wearing a mask.

Psaki and other White House staffers have not been wearing masks when speaking at the lectern, which has been determined to be far enough away from the press seating to be safe, though they often still do wear masks when entering and exiting the room.

The briefing room is still running at reduced seating capacity to allow for more social distancing, but it is a notoriously tight space that could potentially be a very easy place for germs of any kind to spread if filled to capacity and without enhanced ventilation.