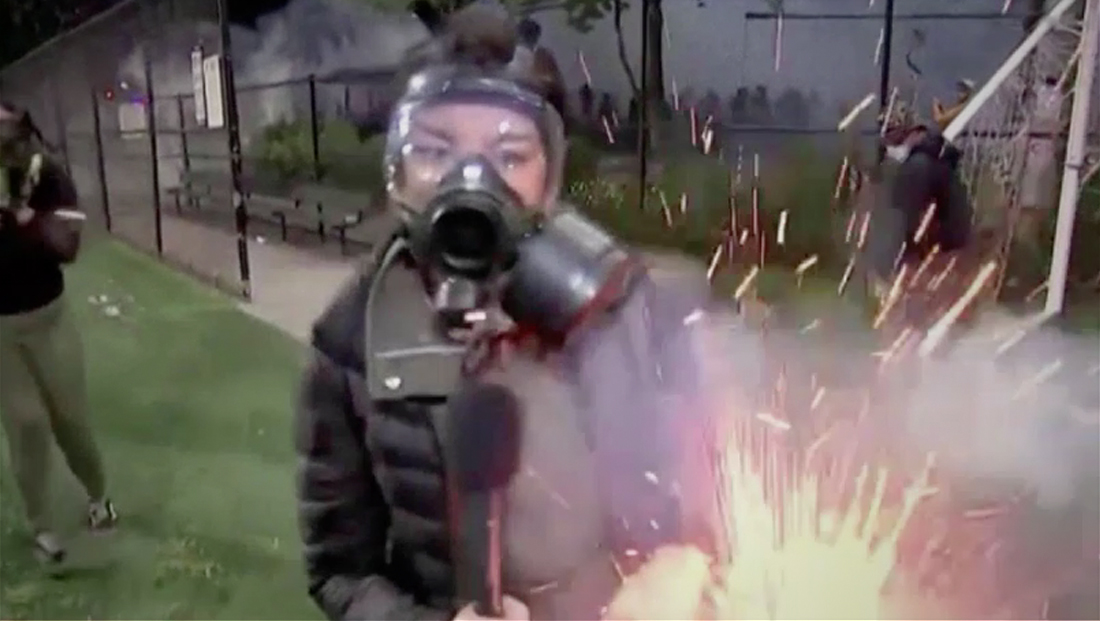 NBC News correspondent Jo Ling Kent had a close call with some type of explosive device live while she was reporting live on MSNBC.

At around 12:19 a.m. eastern time June 2, 2020 (9:19 p.m. June 1, 2020 where Kent was in Seattle), MSNBC anchor Brian Williams tossed to a live feed from Kent’s crew, who were covering unrest in the city amid protests over the alleged murder of George Floyd in Minnesota.

It appeared Kent did not initially realize she was on air and she appeared to ask someone on her team help her secure her gas mask.

She then started her report from the sports facility when some type of explosive device went off close to her, sending her and her crew running.

Williams stuck with the live feed and noted that NBC reporters covering the protests are accompanied by security details. At one point he noted the danger of Kent and her team being stuck up against a chain link fence.

Eventually, Williams cut away from the feed as Kent ran off camera amid the chaos, but rejoined her later in the broadcast when she was able to relocate to a safer location, where she appeared without her mask on.

It’s not immediately clear what kind of device exploded near Kent.

Some sources, including NBC News, referred to it as a “flash bang” — a device that is more properly known as a stung grenade. The term flash bag is sometimes used generically to refer to a broader range of explosives.

A true stun grenade typically gives off an extremely loud noise and bright light, causing those around to be temporarily blinded, lose hearing and their balance — so it appears whatever went off near Kent was not an actual stun grenade since neither the flash or sound were particularly strong and she was immediately able to run away from the spot.