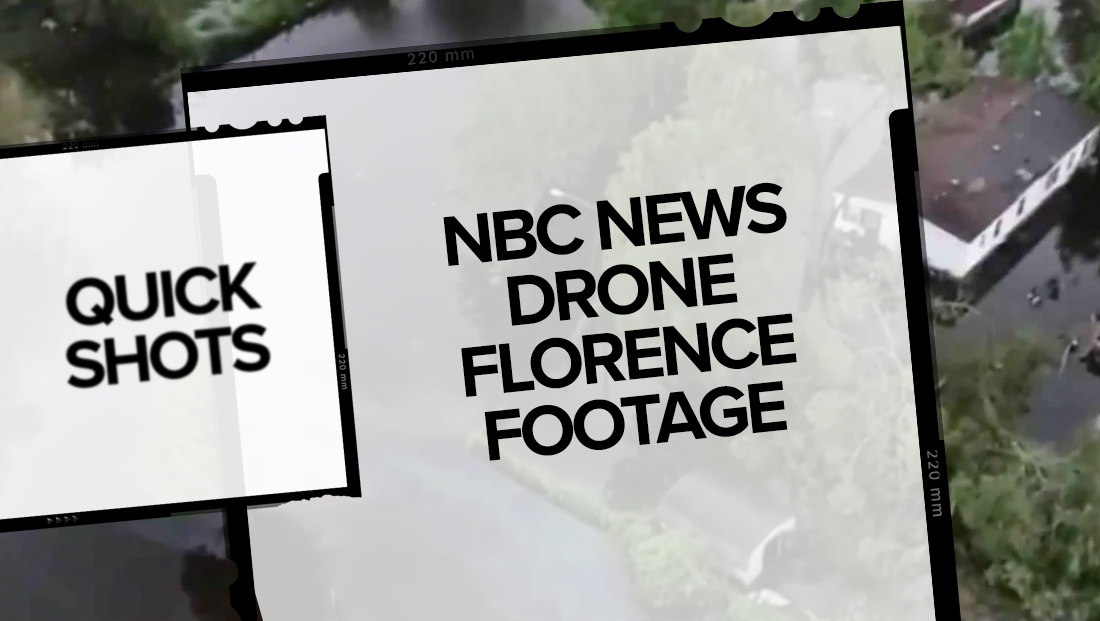 The Saturday, Sept. 15, 2018, edition of “NBC Nightly News” featured multiple drone shots of the devastation left behind by Hurricane Florence in North Carolina, including a shot used at the top of the broadcast and then a series of shots used later in Garrett Haake’s package.