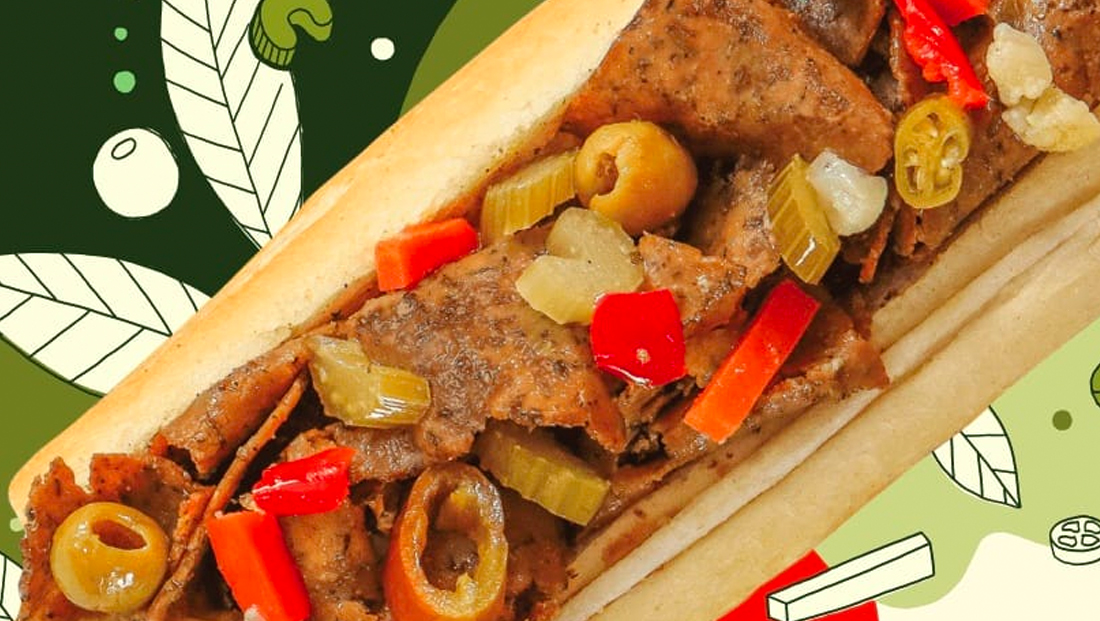 Buona Beef, a Chicago area chain offering the Windy City’s classic Italian beef sandwich has rolled out a meatless version of one of its biggest sellers.

The offering is a partnership between the 18-location chain and Upton’s Naturals, a Chicago based meat alternative company.

Upton’s makes a variety of products using jackfruit, banana blossom, seitan and other ingredients, though it’s not immediately clear what Buona is making its “beefless” sandwich offering from, but it is labeled as “vegan” on the restaurant’s online ordering system.

Buona is selling the sandwich for $7.99 as a limited time offer. Customers can pick hot or mild giardiniera — a blend of pickled peppers and veggies that traditionally come with Italian beef sandwiches (Buona’s includes olives as well).

Buona’s offering, however, is notable because it represents a much smaller chain trying out meat alternatives.

One slight downside is that it doesn’t appear the sandwich can be “dipped” in what Buona calls “gravy” — which is really more of an au jus.

Many Chicago style Italian beef sandwiches are dipped in the broth-like liquid before serving — and Buona goes to the extent offering customers the choice of “dipped” or “baptized.”

The “gravy” used is made from beef drippings, so it does contain meat ingredients.