Berry vs. Barry — a look behind that odd ‘Final Jeopardy!’ ruling 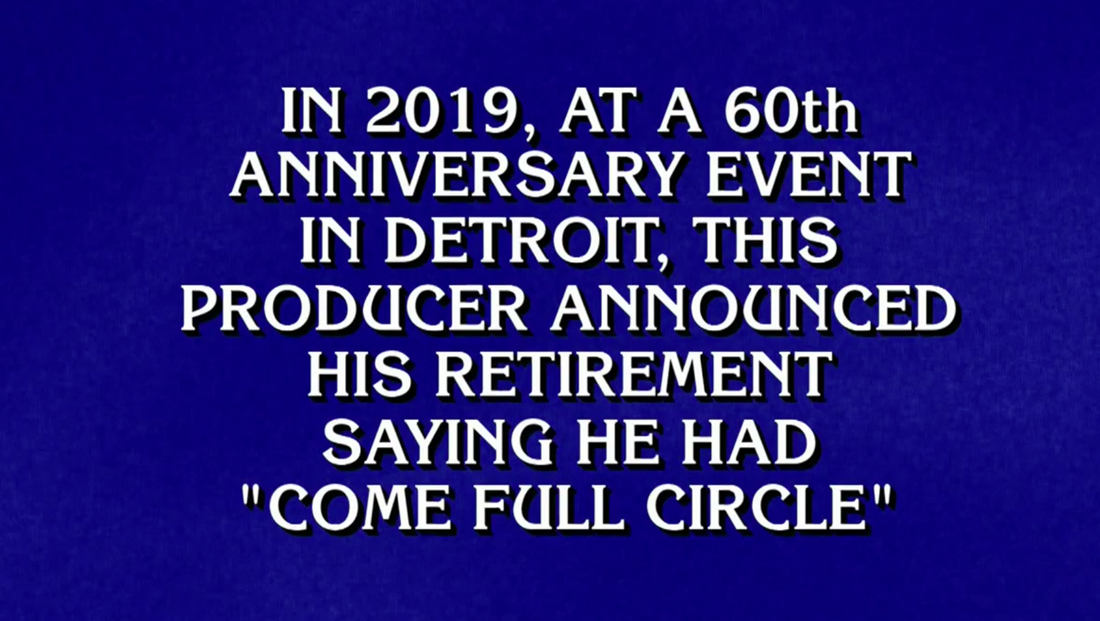 On the Sept. 15, 2020 episode of “Jeopardy!” something interesting happened — a contestant got the “Final Jeopardy!” response phonetically correct but was penalized because of spelling.

The clue, under the category “The Music Biz,” read “In 2019, at a 60th anniversary event in Detroit, this producer announced his retirement saying he had ‘come full circle.'”

The correct response is “Who is Berry Gordy?”

Only one contestant, Betsy Reisz, came up with any response beyond “??” or “I have no idea” — but she wrote “Barry Gordy.”

Normally, spelling does not count in the “Final Jeopardy!” round unless a contestant adds a syllable or letter the fundamentally changes the way the word would be said, but Reisz was penalized because she wrote the first name with an “a” instead of “e.”

Adding to the complexity of the situation is that “Jeopardy!” typically does not rule against contestants who pronounce a word wrong in verbal responses (or in a way that’s different than most people may say it) as long only vowel sounds are changed.

The show does rule against contestants who add extra letters or syllables to responses, however, no matter how the rest of the response is pronounced (such as “Sally Fields” versus the correct “Sally Field”).

In other words, had this clue been anywhere else in the game, Reisz would have likely been ruled correct since she likely would have said “Berry” and “Barry” the same way.

Of course, Reisz’ misspelling was technically not the name used by the producer, so it’s not invalid that the show ruled against her despite rules that contradict each other in some ways in this particular situation.

Reisz also likely could have simply responded “Who is Gordy?” since the show accepts last names in cases except when there could be more than one person with that name that would fit the clue, in which case host Alex Trebek typically asks the contestant to be more specific (an example is Theodore and Franklin Roosevelt in clues about presidents).

However, it’s also possible she was aiming to be as specific as possible since there is no opportunity for Trebek to ask for clarification in the final round.

That said, one could argue the show should have anticipated that misspelling and either found a way to eliminate the possibility of it or simply not used this as a “Final” clue because of that pitfall.

As it happens, the clue didn’t have a real effect on the outcome of the game — but it could have had the scores been closer.

It’s important to note that Reisz would likely not have won the game even if “Barry” had been ruled acceptable by judges because she only had $2,000 compared to the highest scoring contestant with $13,600, which is likely why the ruling stood.

Reisz’s nearest competitor, Ted Fruchtman, had $6,400 going into the final round and wagered nothing so his score would not have been affected no matter what the outcome (even if he had responded with either spelling of Gordy’s name).

Leader Cory Barger had already turned the game into a runaway with $13,600 and therefore could not have lost the game unless she wagered a huge amount — which is extremely rare for a contestant so far ahead to do.

Finally, it’s also worth nothing that contestants record their wagers separately from their responses after the category is revealed. They cannot change these once the clue is revealed.

That means Reisz could not have won the game even if an entirely different clue in the same category was used and she was ruled correct on that response.