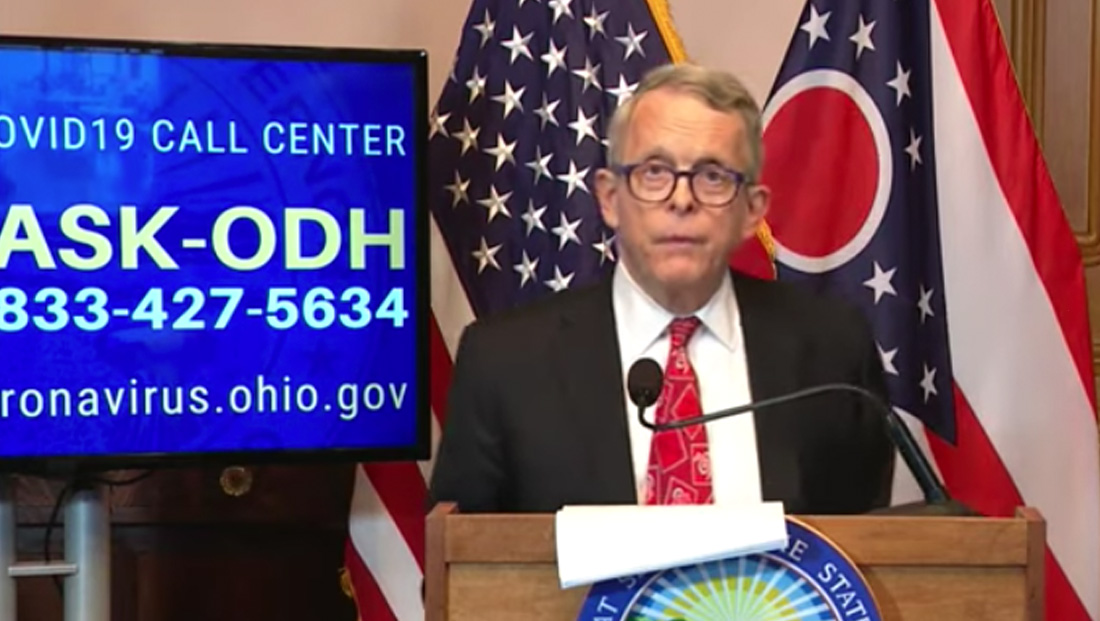 The closed captioning for a State of Ohio coronavirus briefing apparently told viewers to “go out for a sexual trips” on March 23, 2020.

In a photo posted to Facebook, a user named Adrienne Rodemann posted a photo of a TV screen showing the captioning on, using it as an opportunity to showcase the importance of having an on screen interpreter for those living with hearing loss.

According to YouTube’s automatically generated transcript of the same press conference (and the actual video clip), the governor actually said “go out for essential trips.”

The feed, which appeared to be carried by Spectrum News 1’s Ohio channel, did include a live ASL interpreter in a separate box in the corner, which was visible on the photo.

It’s also not clear where the captioning error came from or whether captions were being done automatically or by a human captionist.

It’s common for televised events about public emergencies to have a live ASL interpreter either standing near the speaker or, as in this case, in a separate area and displayed in “picture in picture” style.