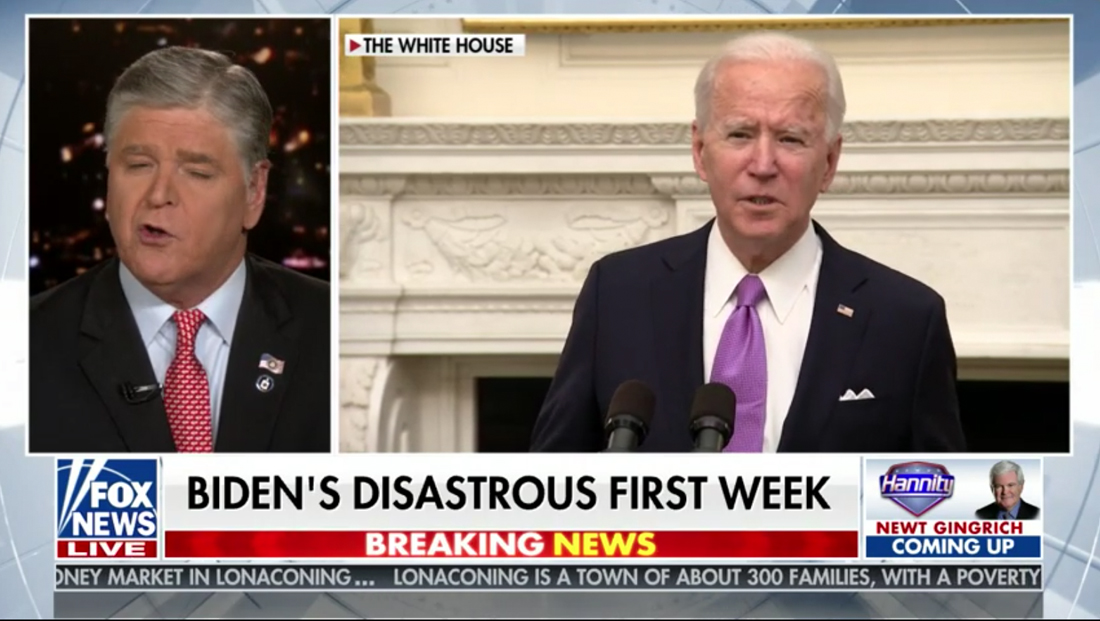 Twitter, of course, took notice — with many users pointing out that, by definition, a week is seven days.

There's 7 days in a week @seanhannity and it's only been one day. You sad, sad pathetic little man. It's over, your bigot, sycophant, narcissistic, fascist pig ruler LOST. #GetOverIt https://t.co/ibPtcP0no1

It could probably be argued that the “Hannity” banner was meant to refer to the start of Biden’s “disastrous” first week — but it’s also a big leap for anyone, even a right leaning opinion host, to just assume how the next six days will unfold.

All of this comes as the U.S. is struggling to contain a worldwide pandemic and crippling economic problems that many blame on the Trump administration’s poor leadership and spread of misinformation and lies.

After Trump’s inauguration in 2017, the network often came under fire for blindly spreading these statements and its biased reporting.

The network also launched “The First 100 Days,” a show dedicated to, well, the first 100 days of Trump’s administration — but didn’t do that this time around. Instead, it filled that timeslot with a placeholder show filled largely with opinion segments.