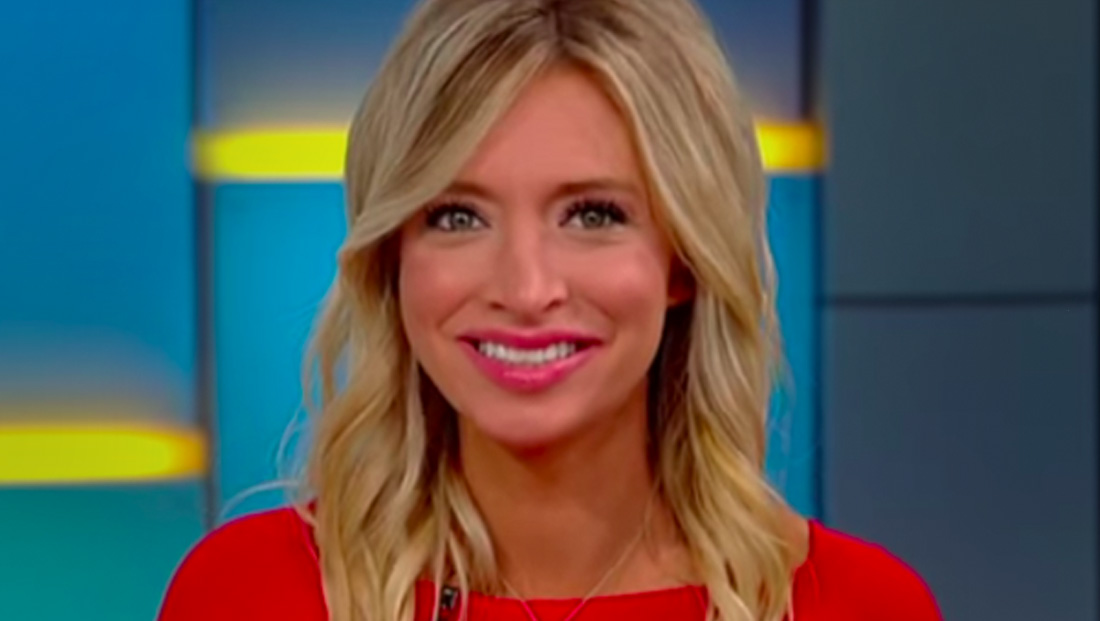 Kayleigh McEnany, the White House press secretary frequently accused of evading questions and even lying on behalf of the Trump administration, has tested positive for coronavirus.

The official news came Oct. 5, 2020 and McEnany said she is showing no symptoms but will quarantine and continue to work remotely.

“After testing negative consistently, including every day since Thursday, I tested positive for COVID-19 on Monday morning while experiencing no symptoms,” she wrote in a statement. It’s not clear if she was tested Friday, Saturday or Sunday.

McEnany continued to say the White House Medical Unit had determined no reporters, producers or other members of the press were in “close contact” with her in their tracing efforts.

She did not hold an official briefing Oct. 2, though the White House calendar indicates no normal briefings are scheduled on many Fridays. There always can be other informal press events, however, including both conference calls and “gaggles.”

Briefings are also not typically scheduled for weekends and McEnany had an informal event with reporters Oct. 5, 2020, but wore a mask and removed it only briefly to answer questions — a period that technically inside the “limit” the CDC recommends.

However, especially considered people can test negative for the virus even after they have been infected, there could be at least some risk for reporters present at the Oct. 1 briefing or anyone who McEnany came in contact with over the next few days.

Most reporters wear masks inside the briefing room but McEnany does not, though that’s not uncommon for government officials from all ranks who are giving long statements to the media.

The White House began limiting the number of reporters allowed in the briefing room in order to allow them to spread out instead of being packed into the theater like seating.