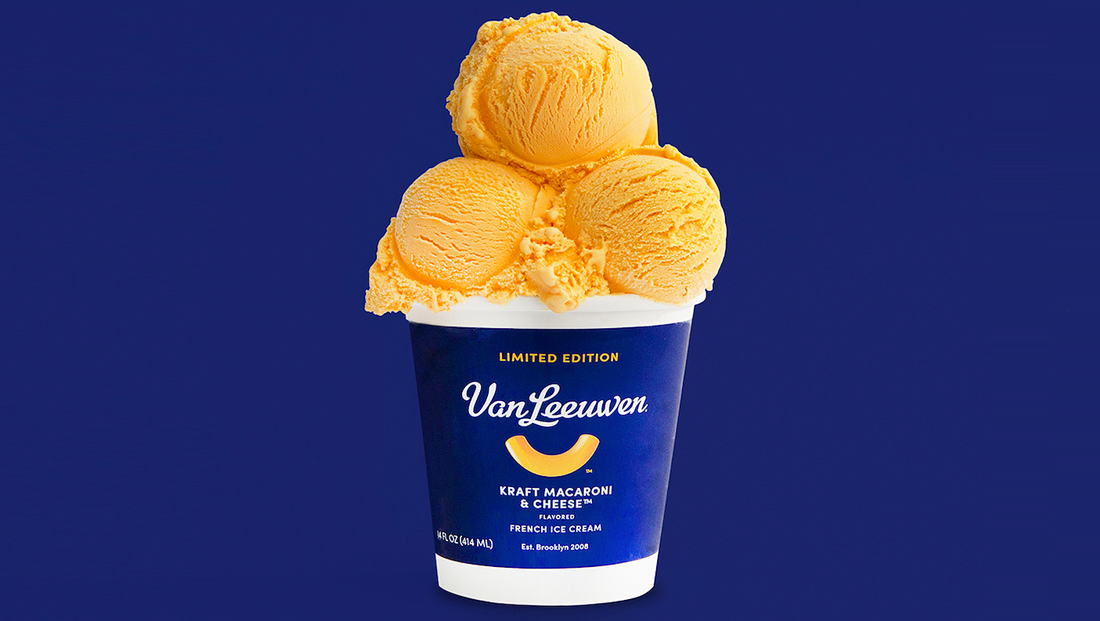 Kraft has teamed up with Van Leeuwen to produce a limited edition of ice cream flavored like its famous (or infamous) macaroni and cheese.

According to the companies, the ice cream is produced using that same bright yellow powder in the little packet that’s packed alongside the dry noodles in the company’s iconic blue boxes (the ice cream containers the product comes in sport a similar shade).

The product is being sold online for $12 a pint starting July 14, 2021 and the companies are also partnering to offer free samples of it — while supplies last — in New York’s Union Square from 11 a.m. to 6 p.m.

In some ways the product makes a certain amount of sense — the macaronic and cheese Kraft makes is already billed as having a creamy texture (the official traditional recipe calls for both milk and butter to be added) and a certain amount of sweetness that might be conveyed via the ice cream base.

Kraft’s macaroni and cheese product is sold in grocery stores in numerous varieties, including different takes on the cheese sauce, noodle shape and ingredients.

Its comparatively low cost and kid appeal makes it popular among many families. Some restaurants even carry it — advertised by name — on their kids menus.

More: Learn how to build a contactless menu