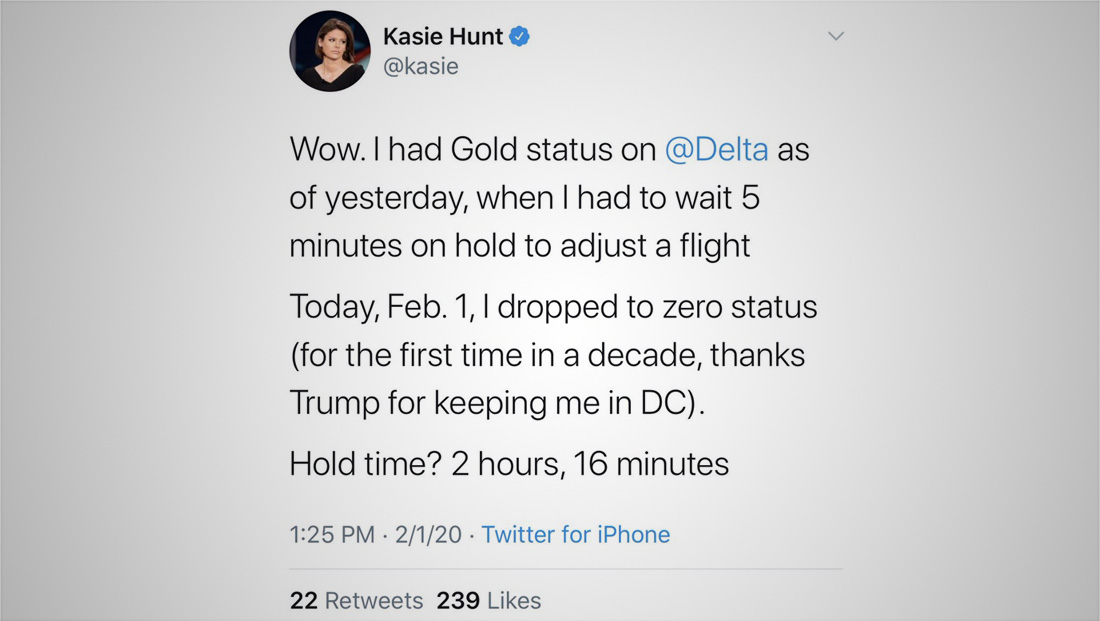 NBC and MSNBC correspondent and anchor Kasie Hunt is apparently blaming Donald Trump for her losing “gold status” on Delta.

Hunt posted, and later deleted, a tweet that appeared to imply that, because Trump made her stay in Washington, D.C., she apparently missed out on some kind of qualification requirement to keep her status.

Often fliers have to meet specific mileage or flight thresholds in a set period of time in order to keep status levels (it’s not uncommon for heavy travelers falling a few miles short, to grab last minute flights just to fly somewhere and return back just to keep their status for another year).

In the tweet, she specifically complained that she used to have to wait on hold about five minutes to change flights — since status fliers typically have special numbers or get bumped to the front of the queue.

She claims that now that she lost gold status, it took her 2 hours and 16 minutes of waiting on hold to accomplish the same thing.