WNEP, the station that got a giant train set from ‘Last Week Tonight,’ gets a new ‘backyard train’ 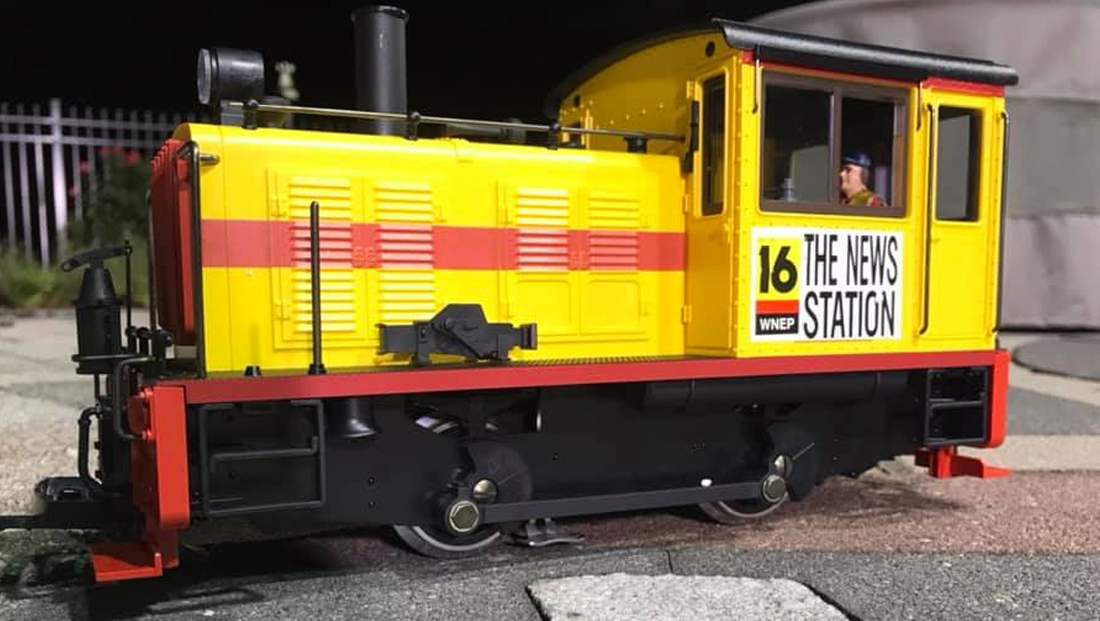 WNEP, Tegna’s ABC affiliate in Scranton/Wilkes-Barre, Pennsylvania, has found a replacement for the “backyard train” that was made famous by HBO’s “Last Week Tonight.”

The new train debuted during the station’s 10 p.m. newscast on its digital subchannel Thursday, Oct. 1, 2020 and then on WNEP proper at 11 p.m. local time.

The new train engine is painted in red, yellow and black to match the station’s longtime logo.

Said logo is on the roof of the engine house, while two different versions of the logo with “The News Station” branding are on the sides and back.

The new train engine appears to be a bit more detailed than the old one, not to mention customized to both match the station’s branding and stand out better.

Now, the backstory: WNEP originally had a traditional model train running around a track set on top of the water feature in its outdoor weather studio dubbed “The Backyard.”

It caught the attention of “Last Week Tonight” host John Oliver, who poked fun at the train while also admiring it. He apparently felt “badly” for WNEP and unveiled a giant, professionally created model train landscape on his show.

That was eventually shipped to WNEP but the station, lacking to properly house it or use it on air, ended up donating it to the local Trolley Museum.

WNEP would later add a doghouse, built by local students, to the backyard.

WNEP has used the outdoor weather studio almost exclusively since even before it moved into its current building in 1989.

Despite its name, there is actually little grass in the area — it’s mostly a paved patio with landscaping and a water feature from a local landscape contractor who reportedly built it for “trade” with the station.

WNEP also has a weather workspace inside the building which is occasionally used when severe weather prevents forecasters from going outside or in the case of breaking weather news as well as, increasingly, digital platforms.

Because of this, the station’s news set does not have a weather center like many local news studios, nor does the meteorologist sit at the anchor desk at the end of the newscasts — another common practice.

Local competitor WBRE attempted to copy the idea with a “rooftop” weather studio at one point. This included a concept called “All Points” weather that featured multiple meteorologists during the same newscast, each reporting from a different part of the market’s large geographic viewing area.