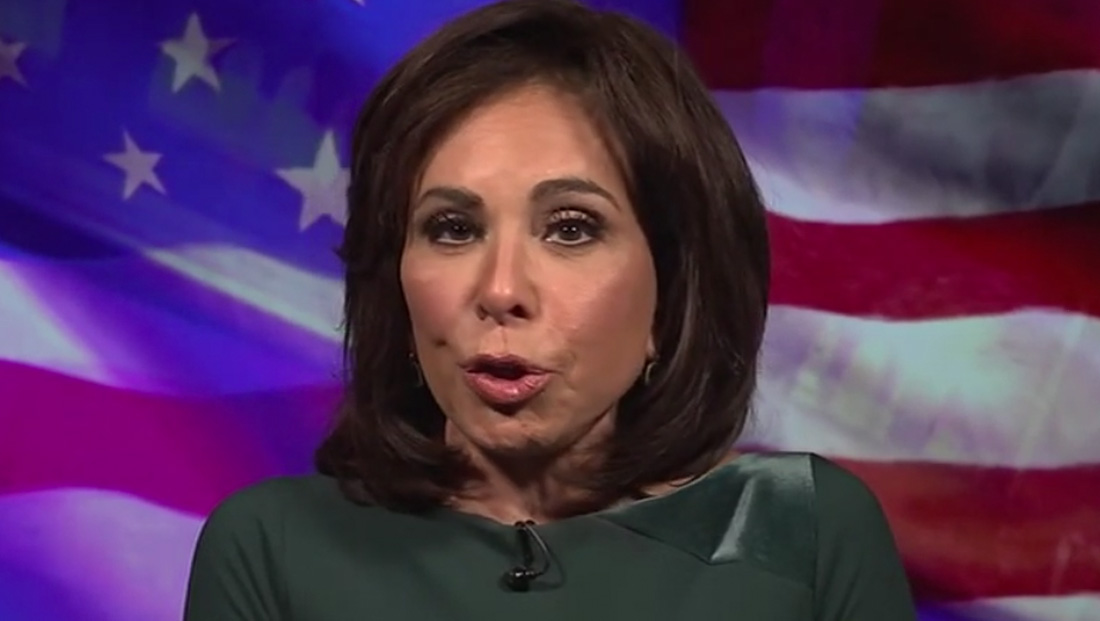 Fox host Jeanine Pirro experienced multiple technical issues when attempting to broadcast from her home during the coronavirus outbreak, according to the network — though some aren’t buying it.

Pirro, who hosts “Justice with Judge Jeanine” on Fox’s conservative cable channel, did not greet viewers at the top of her hour Saturday, March 28, 2020.

Instead, the familiar “alert chimes” rang and viewers saw a host in the Fox studios in New York explaining the network was having technical difficulties with Pirro’s remote live shot.

The host read an update that Donald Trump would not, after all, issue a mandatory quarantine area to key states on the east coast — even as a banner on the screen said he was still considering it appeared briefly before disappearing.

The same host then conducted a live interview with Dr. Deborah Birx, which was apparently supposed to be done by Pirro, at least according to a fullscreen graphic teasing her guests.

At the end of the interview, the host announced Pirro’s technical issues were resolved and she would be on air after a break.

The network then went to commercial and, nearly 15 minutes after its scheduled start time, the network joined Pirro from a home studio setup.

“Jeanine Pirro was broadcasting from her home for the first time when she encountered several technical difficulties which impacted the quality of her show, including the loss of a teleprompter,” the network told multiple outlets Sunday, March 28. “As we have previously said, we are operating with a reduced staff working remotely to ensure the health and safety of our employees in these unprecedented times.”

Some thought Pirro looked a bit disheveled and sounded “drunk” throughout the rest of the show.

That said, with many networks moving to home based studios for even their biggest names, it wouldn’t necessarily be surprising if there were, in fact, technical issues.

That, along with having to do the show without a teleprompter, could also explain why Pirro seemed a bit out of sorts.

Many on air personalities, including those working in studio, have cut back on relying on hair and makeup assistants during the coronavirus outbreak — a move meant to cut down on close contact between people.

Fox’s statement did not address who did Pirro’s hair and makeup, but her slightly less polished look could be explained by that — as well as the lower quality lighting setup that most home based studios are making do with.